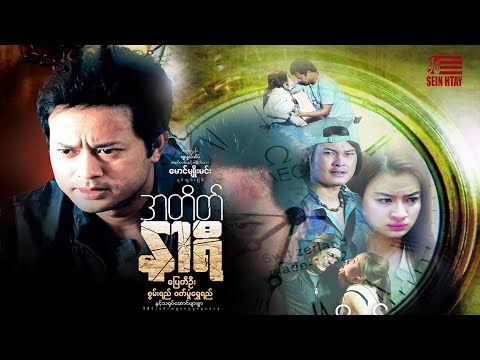 Pyay Ti Oo is a four-time Myanmar Academy Award winning film actor and advertising model in Myanmar. He is CEO of Pyay Ti Oo Education Foundation, which provides scholarships to economically disadvantaged students who have been accepted into medical school. Pyay Ti Oo was born on 30 November 1978 in Yangon to Ti Ti and her physician husband, Dr. Tin Maung Oo. The middle child of three siblings, he has one elder sister, Swe Ti Oo, and one younger sister, Ngwe Ti Oo. His family moved to Mokpalin after his birth. He graduated from Pyay Technological University with a B.E. degree in Civil Engineering.

Pyay Ti Oo has said that if he were not involved in the entertainment industry, he would have become an engineer. Pyay Ti Oo married actress Eindra Kyaw Zin in January 2011. Their wedding ceremony was broadcast "live" on Burmese TV, MRTV-4. The couple gave birth to their very first born daughter, Pyay Thudra on 14 October 2011. Pyay Ti Oo founded the "Pyay Ti Oo Education Foundation" with a seed investment of ($10000) 10 million kyats. Outstanding students, who qualify to study at medical universities but cannot afford the tuition, are eligible to apply for a grant from his foundation. Each student will receive K50,000 a month for the duration of their studies but must adhere to certain rules and regulations. Students who take up the scholarship are required to stay and work in Myanmar for five years after completing their degrees. They are also not permitted to leave the country or get married while they are studying. Poor grades and attendance records are also grounds for termination of support.For fund-raising, Pyay Ti Oo and his fellow artists made Pyay Ti Oo Foundation Fun-Raising Concert on 4 December 2011 at Thuwunna Indoor Stadium, Yangon. They produced two videos of that and donate all their artist fees.

Wutt Hmone Shwe Yi , sometimes anglicized as Wut Hmone Shwe Yi; born on 10 August 1988) is a two-time Myanmar Academy Award winning Burmese actress and advertising model in Myanmar. She is best known for winning the 2013 Myanmar Academy Award as best actress in the film As U Like. Wutt Hmone Shwe Yi was born on 10 August 1988 in Mogok to parents, Win Thein Naing and Nang Mi Mi Lwin, of Shan descent. She is the eldest daughter and has a younger sister named Nadi Shwe Yi.

Wutt Hmone Shwe Yi was awarded the best actress award for 2013 Myanmar Academy Award with the film ‘As You Like’. Wutt Hmone Shwe Yi donated the golden star from her film academy award to the Aungzabu Tawya Monastery in Hmawbi, Yangon on February 1, 2015. She also said that it was One of her Happiest Days. In 2014, she was named a brand ambassador for Huawei Company. In 2013, Myanmar Times named her as one of the 50 Outstanding Myanmar Women. Wutt Hmone Shwe Yi participated in Myanmar Famous Actor Pyay Ti Oo's Pyay Ti Oo Foundation Fund Raising Concert for students on December 4, 2011. She donated all her artist fees for the foundation.

Her relationship with singer-songwriter and actor Sai Sai Kham Leng was one of the most famous scandals dealing with celebrities. But they never made it to a public relationship and they broke up after some years. She is the cousin of Myanmar model and actress Phway Phway