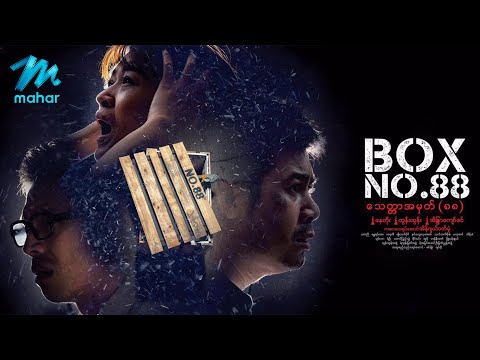 Nay Toe, (born Nay Lin Aung on September 9, 1981) is a Burmese actor and comedian with the Burmese traditional dance troupe Htawara Hninzi. He won a Myanmar Academy Award for Best Actor three times: in 2011 with "Moe Nya Einmet Myu", in 2016 with "Nat Khat Mhar Tae Tite Pwal", and in 2018 with "Tar Tay Gyi". He also won Star Award for Bridge of Clouds film in 2019. Nay Toe was born on 9 September 1981 to ethnic Rakhine parents, Than Myaing and her husband Aung Than. He is born in Taw Hthu Village in Manaung Township,Cheduba Island. Being the second-born child in the family, Nay Toe has an elder brother as well as a younger brother and a younger sister. His younger brother Min Thway is also an actor. Since then he has gained fame and recognition as a very outstanding performer not only on the movie screen but also on the stage. Another remarkable event in 2011 was winning the Academy trophy in Moe Nya Einmet Myu movie as the best leading actor. It was chosen out of 16 films screened in the country in 2009. His role in the movie was said to be intricate as the character he portrayed in the movie was suffering from multiple personality disorder and displayed three different personalities throughout the story.

Nay Toe is introverted, reserved and reticent in nature; so he was sometimes being mistaken by people as being arrogant. He pointed out that fact in his book and made apology for what he may be seemed in some situations, whereas he assured that he has pleasant, warm and friendly towards anybody.[2] This aura of coldness is how he got his nickname, 'Ice Prince'. Nay Toe was best Rakhine actor in Myanmar.